This week I had lunch with a good friend and she asked a critical question: “When you go sailing, will you have a way to make fresh water out of sea water?”. She was, of course, referring to a water maker. The answer to that is probably not. But it’s not because we don’t want to have one. When I think about the possibility that we would be in the middle of the Pacific Ocean and run out of fresh water, I can feel the wheels in my head start turning. I cannot let that happen.

Galapagos carries 300 gallons of water in two tanks. Allegedly, according to Mike, you can isolate one tank from the other, but as far as I can remember, we haven’t ever done that.  300 gallons is a lot of water.  We cruised for 5 weeks this summer and never even came close to running out. In fact, it’s possible we are still using the remains of that water as we sit at the dock. We have no way to measure how much we are actually using.

So how can we really know how much water to plan for when cruising in a hot climate? Our water usage will go up when we are in Mexico. When cruising in Canada, we can go a week or more without showering. We just don’t get very dirty and we don’t sweat much. But in Mexico? Pretty sure that we’re going to want to shower more often than that! Plus, I’m probably going to be almost neurotic about keeping salt and sand out out of the boat interior. That means we need to be able to rinse off with fresh water while on the aft deck. So how can we know how much water we need? 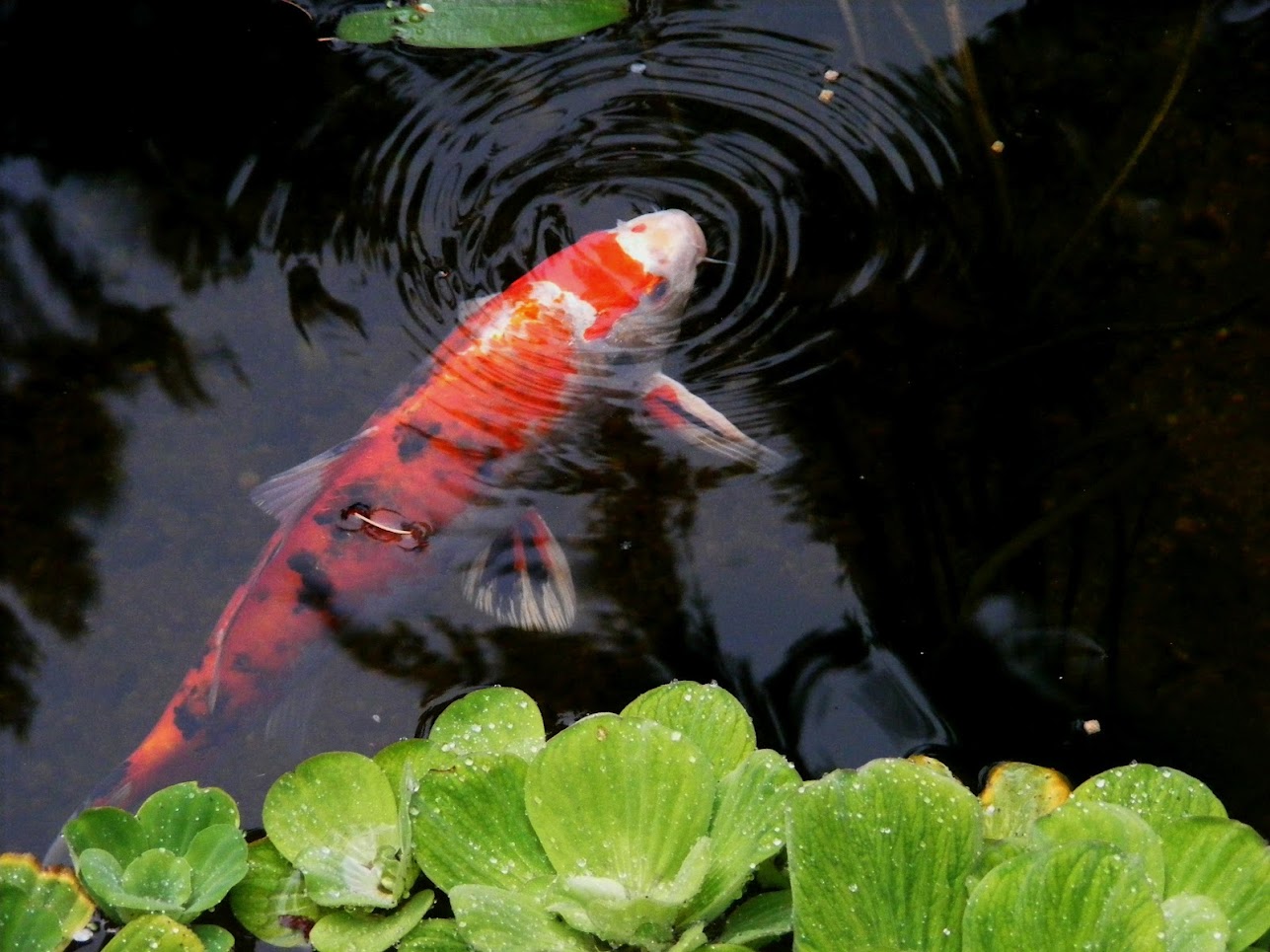 From back in the days of my Koi pond. I miss them sometimes. But I don’t miss taking care of the pond.

To answer that question, I cast my net to the Women Who Sail FB page and asked about water usage. What I got from the many answers to my question came down to this:

All of that was helpful. I was relieved that it looks like we could probably be fine for anywhere from 6 weeks to two months and not even worry overly much about water conservation.  I was starting to  decide we didn’t need one,  but then  Amy G. Dala got her knickers in a little bit of a twist. She has some thoughts about carrying water and cruising in a desert environment such as the Sea of Cortez.

Here is what she thinks:

Well, Fran ‘the frontal’ Cortex may scoff at these whinings, she may think they are slightly crazy. None of these things is very likely to happen. She may speak sternly to Amy G. Dala and tell her to go to her room and stay until she calms down. But what if? We all know that Amy G. Dala’s job is to mitigate possible death scenarios, not play the odds.

It’s not as though we don’t know how to cruise with a small water tank. On Moonrise, our Cal 34, we carried 40 gallons of water for three people. I learned how to conserve water really well on that boat. I could take a shower with less than a tea kettle of water. I washed dishes and clothes in salt water and rinsed them in fresh. We never left the tap running. Mike chose to conserve water by forgoing showers and shaves. We all make sacrifices, and this was mine.  Oh, we know about water conservation. Another thing I know is that Galapagos is going to be our home. I’m willing to conserve to the same extent that we already do (except I’ll be taking normal showers on that boat, thank you.) . But I’m not going to be camping out. I’m okay with having a little luxury on board our boat.

One of the complaints people have about water makers is that historically they have not been reliable, tending to break down often and needing proprietary parts in order to get them going again. They are also downright pricey to buy new. This one, however, is supposed to be both reliable and easy to repair with no proprietary parts. It gets good reviews, and several of the women in the WWS group have one and love it. I think the technology has probably come a long way since watermakers were first introduced to the non-commercial market.

One thing I was charmed by in Mexico was the shrines built by the road. I might need a shrine if we run out of water.

In the end, it’s going to come down to money for us. We will not let the lack of a water maker keep us at the dock one minute longer than necessary, especially when we already carry 300 gallons. If we can afford to get one after we’ve addressed our list of actual ‘needs’, then that would be great. If not, the plan is to go sailing, then see how it goes. If we decide we want one, then we’ll find a way to get one.

Meanwhile, to get Amy G. Dala to shut up, I plan to carry water in large sealed jugs, just like I did on Moonrise, in case of emergency. I’ll just stow them away somewhere and if we get into the middle of the Pacific and all of our water somehow gets polluted or whatever, then we will have enough drinking water for the passage.

Want to read from the letter A? We’re almost finished with the A to Z Challenge!