Well, yes, that does sound redundant considering these are all posts about feeling anxiety lately. However, one of the tenants of anxiety as a diagnosis is the avoidance of feelings of anxiety. It’s not really circular logic. Let me explain through a real life example. 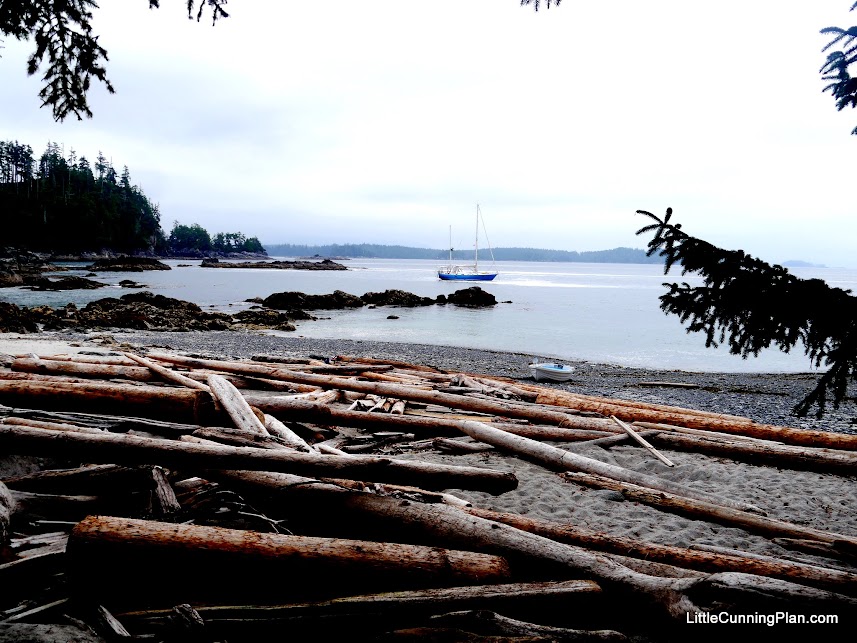 Be soothed by this photo taken at Benson Island.

This summer I had anxiety pretty bad. I was rocking and rolling from one hour to the next and feeling very out of control much of the time. My brain really was not my own. I was hoping that our cruise would settle me down, but, of course, it’s so much more complicated than that.

As long as I was on the ocean, with land really far away, I was fine. In fact, when we left our anchorage in Seiku to cross the Strait of Juan de fuca and Mike said we were taking on water through the shaft seal, I didn’t even flinch. I wasn’t the least bit worried about that, and you’d think that would be the kind of thing that would set anybody off, especially as it was one of the big three things that happened on our first day out. Nope. I’ve always handled things like that really well (when they are not bundled on top of lots of other bad things)  because I know Mike will fix it.  Engine won’t start and the tide is pushing us toward the rocks? No problem. I will make that sail fill with whatever air is available.  Shaft seal lost some screws and water is pouring into the bilge? Why worry?  I just sailed around in circles until he got it managed and we carried on. I love being on the open water. There’s almost never anything to hit. 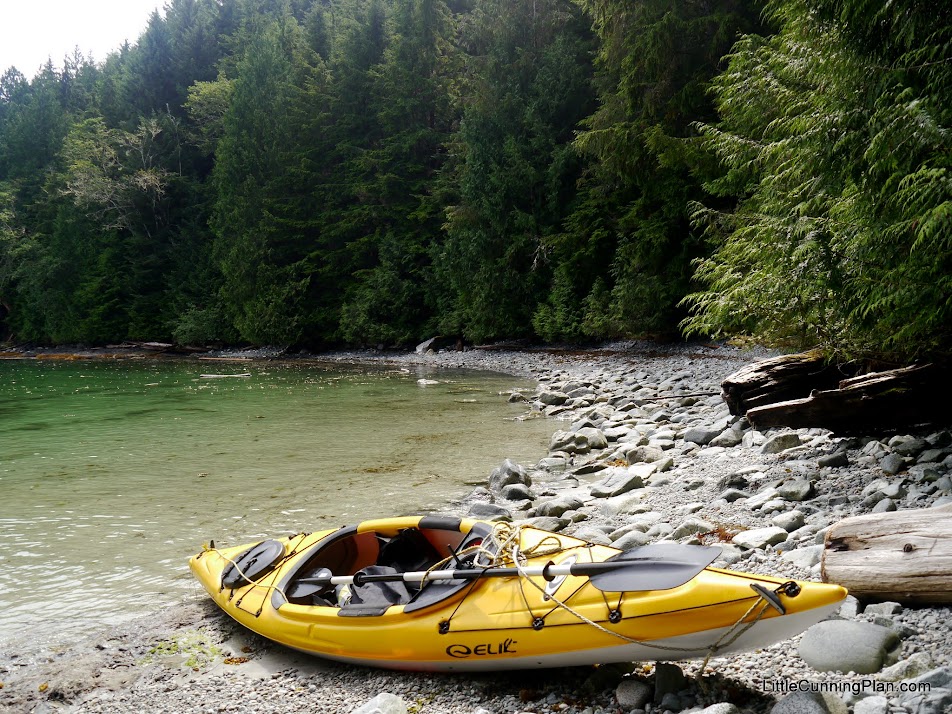 In spite of my anxiety, we really had a wonderful time this summer.

Let’s compare that to the almost complete melt down I had halfway into the trip. We’d been traveling up one of the fjords and all was well. We had a few wonderful days of anchoring and looking at wildlife, but we were running out of fresh food and we’d had no cell service for several days (more on that in another post). My internal stress level was a little high because of that.  Mike suggested we go to Tofino to get groceries and some walking. And that’s when I began panicking. Why? Because the water around Tofino is crowded with people and boats and sand bars that shift around, and we’d have to find a place to dock. (Read my post on Death By Docking to see why that matters.) We don’t know our way around the water ways there, there is a lot of shallow water, and not a lot of dock space. It’s the kind of place I like to avoid. My day was about to be seriously ruined.

I lay in the cockpit and breathed, realizing how silly it was, trying to talk myself out of feeling terrified. I mean to tell you, Fran ‘The Frontal’ Cortex was really giving it her best shot but I was seriously on the edge.  Poor Mike. He knew I was suffering, but really there was nothing he could do about it. Here’s the Fear-O-Meter reading on that situation. Yeah, it was pretty bad:

How can I make this point most succinctly? The avoidance is only partly about the docking per se. That is generally over fairly quickly. There is either space or there isn’t. Of course, I hate docking, but it’s really the fear, all the feelings that surround the experience of it that I want to avoid. And this is a crucial thing to understand about anxiety. If I have to participate in getting the boat docked, I’m going to be feeling tense and anxious until it’s over and so I prefer to not even entertain the notion.  Avoidance of the fear is a significant part of having a traumatic memory. Sometimes people can try to organize their entire lives around avoiding having to feel what we identify as fear, whatever causes it.

Let me say it another way. If you were to ask me if I was worried I would be hurt or killed during docking I would certainly say no. Absolutely not. And that would be true. But when I think about participating in a docking experience in a marina, my brain creates certain feelings in my body and those feelings (increased heart rate, nausea, feelings of being unconnected to my body) are identified by me as ‘fear’. That’s what I want to avoid. Capice?

Here’s another example of what I mean by avoiding the feelings. I have clients who need to have things a certain way in their physical surroundings. They keep their homes just so, have many rules about right and wrong, have exact ways that things should be done, etc. They lack the internal flexibility that is required to ‘go with the flow’. If there is anything out of place, it creates feelings of uneasiness, restlessness. In other words, anxiety. It isn’t that they have some kind of moral value about having a tidy room. They don’t care a bit about how you live in your own space. If you want to be a slob, that’s fine by them. But they can never relax in their own space until they know that everything is in order; their own special kind of order. They create all these rules in order to avoid feeling out of control. It helps them believe that they are in charge of their lives. When asked what would happen should someone, for instance, leave their shoes in the middle of the floor, they generally respond that they would feel very uncomfortable until they put the shoes away. Sometimes these people have anger problems because they are always so tense and watchful about how things are going that the least little thing sets them off. Thankfully, I don’t suffer this particular form of anxiety.

Incidentally, I am relieved to report there was no room for us in Tofino on the public dock, which is usually taken up by fishing boats. I did put my big girl panties on and we did pull up to the public dock to give it a shot, but Galapagos is a big boat and we were too long for the space. Frankly, it would have been rude of us to dock there even had there been space. Don’t we all love the big assed boat that swoops in like they own the place and takes up all the room? Yeah, we aren’t that boat.

Can I just say my husband parks that boat like a boss?

We anchored around the corner, out of the way, and rowed to town and had a lovely time. That creates no anxiety for me whatever. I will row for an hour against the current to avoid trying to squeeze onto a dock, unless we’re the only boat around. If we are securely held with our anchor, I’m fine with leaving the boat for a few hours, although we are both always relieved to see her floating where we left her when we return. I think that’s a normal cruiser response.

I know this post makes it sound like we had a terrible trip. We didn’t. We had an awesome trip. I’m not going to let this demon win. If you have anxiety, one thing you can do to help yourself is to begin to separate your identity from the anxious feelings. I might be me, but I am not my anxiety. Get it? My brain may be causing these feelings to cascade through my body, but I’m not my body, either, and if I just wait, these feelings will pass. (Incidentally, this is a very useful technique when children are needing help managing their emotional state. We can say things like ‘your body needs a rest’ not ‘YOU need a rest’ or ‘Let’s teach your body how to sit quietly for a couple of minutes.’  You get the idea. Works well with little ones in early childhood.)

Give it a try and see if it doesn’t make you feel differently about the way your own brain and body react to situations you’d like to avoid.

Ahousat. We didn’t even try to dock there. We wanted to anchor at the head of the cove.

10 thoughts on “F is for Feelings of Doom”