Apologies for not realizing sooner that our site comment section was yacked up because of a bug in WordPress’ Jetpack. I know people tried to comment yesterday, and the day before, and possibly other days as well, but the comments didn’t show up. It isn’t that we were ignoring you. We think we’ve fixed the problem. Can you please make a comment below so we can be sure? Many thanks.

Crap! is a word I would use as an expletive were our boat to Crash into something, like a rock. Actually, there are many choice words I would use, but this is certainly one of them. Let’s check the Fearometer to see how this one rates:

As you can see, I get  mildly worried about crashing into things, with only one exception, which is being saved for our next post. Sorry. I don’t really lose any sleep over this, and I can’t really make up any weird scenarios whereby my boat suddenly crashes in a terrible way. Isn’t that weird? NO! That’s good. I don’t want to borrow trouble.

There is one kind of ‘crashing’ I do get concerned about, and that’s why my needle on the Fear-O-Meter is registering close to the ‘alarmed’ area. The kind of crashing I get more concerned about is more the ‘running aground’ or ‘finding a rock’ kind of crashing. Or maybe the Coral Reef kind of crashing, which actually makes the meter go up a little higher. Franny ‘The Frontal’ Cortex is still in charge when I think about that, but she and Amy G. Dala definitely begin speaking urgently and using their hands to gesture. The coral reef kind of crashing will probably become more of a concern when we actually get to anyplace close to a coral reef but I’m hoping by that time we’ll have enough confidence in our abilities that Amy will keep calm and carry on.

Nope. Not our boat. We took the photo of a poor soul in our anchorage. They anchored too close to the rocks.

Up here in the Salish Sea we have very nasty rocks. So far, I’ve only hit two of them and that’s not really very many considering the number we have. Both times I was compketely at fault. No real harm done to our boat, but still. I hate hitting things. Especially when it’s my fault.

Remember Team Vestas Wind? World class racing sailors ended up on a reef in the middle of freaking nowhere because the navigator had not scrolled in close enough on his GPS to see that reef. I could have told him he should ALWAYS be scrolled in way close, no matter how much water he thinks he has under his keel. I could have told him that scrolling out would cause him to hit rocks because that’s what happened to me.

We were in Barkley Sound aboard our Cal 34, Moonrise, in 2010. We pulled into an anchorage for the evening and I’m at the wheel, looking at the GPS and it all looked clear. Until we hit the rock. At first, I thought the rock was uncharted. Then I realized it was because I wasn’t looking at a high enough resolution. Damn electronics.

I’m glad the one time I had to learn that lesson we were going dead slow and not trying to race Moonrise. When I’m within shouting distance of rocks, dead slow is my favorite speed. Still, the impact took a fist sized piece off Moorise’s keel and it’s a feeling I will never forget. Poor Moonrise. She totally did not deserve that.  Now I always keep the chart plotter scrolled in close. I can be right in the middle of the Strait of Juan de Fuca and you can be sure my chart plotter will be on high resolution. Mike is always scrolling it out, but I correct it as soon as it’s my turn to steer. Those rocks move around, and you never know when one might surface for air. Or, due to climate change, coral reefs could suddenly appear in the Salish Sea. Hey. It could happen! I’m not going to have to learn that lesson twice! 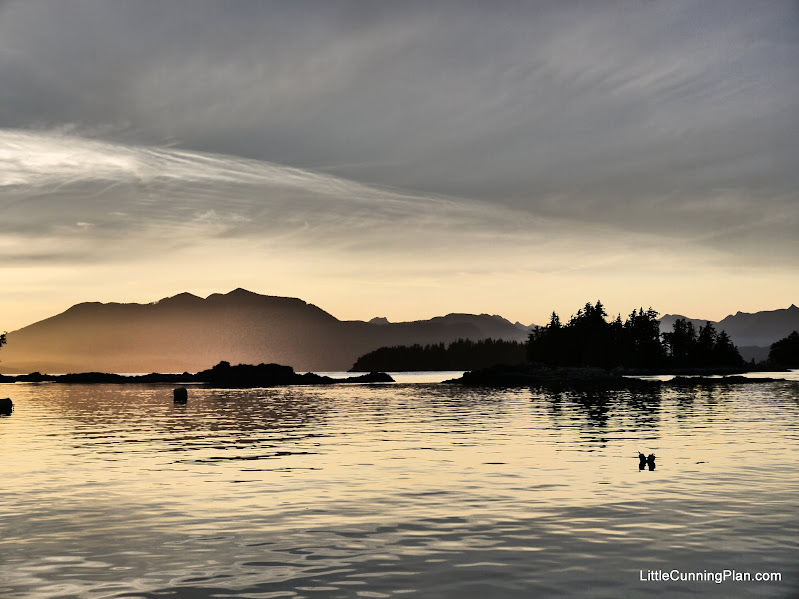 Rocks. They are literally everywhere.

The other time we were leaving an anchorage in the Northern Gulf Islands and Mike had it under control, but I didn’t know that. I thought it was my job to steer out of the anchorage. He pulls up the anchor, then signals we’re ‘free’, and I slowly steer us out. That’s the way we always do it. So I went up and took the wheel.   I should have left it to him because I wasn’t really awake yet. He has this habit of getting up very early and getting underway without making me get up.  But then when I hear the engine come on, I feel guilty, like I’m not pulling my weight as First and Only Mate. So I get up there and try to do my job  before I have any coffee. Generally speaking, that’s a bad idea. In this case there was a rock in the middle of the anchorage. I knew it was there, because I had been steering when we came in the previous evening. But due to zero caffeine in my blood, I forgot.  I sure hate hurting our boats. And rocks are the devil.

These events have caused me to be very cautious when entering unknown waters. Very. Cautious. So much so, it probably drives Mike a little mad. But he’ll thank me when he’s still alive and our boat is still in one piece one of these days.

17 thoughts on “C is for Crap! ( And Comments Being Hijacked)”