It’s April and the A to Z Challenge. I have to write 26 posts, all around a theme. That’s a lot of writing, so I chose Anxiety as my theme. You’ll see why.

Let’s jump right into this subject, which I am very excited to be done with early in the series because I don’t even like to think about it.  One of the primary diagnostic criteria for anxiety is the avoidance of the subject you are anxious about, including thinking or talking, or in my case, writing,  about that thing. This subject falls squarely within that criteria. You’ll notice that the needle on the Fearometer is way the hell over to the right. That’s how I roll with this particular anxiety, which, in my case, is actually a phobia. This fear will probably not lead to a complete panic attack, but it will almost definitely lead to leaping across a room in a single bound, screaming, and possibly diving into the sea without even checking for sharks.

I can think of situations involving this phobia that would push this needle right off the chart.

Phobias, a very specific kind of anxiety,  are kind of interesting things, academically speaking. I mean, there are very common phobias people have like fear of heights, fear of flying, fear of snakes, fear of deep water, fear of being trapped, you know the drill. These phobias kind of make sense because some of these things could actually kill you if your Fran ‘the frontal’ Cortex is not in charge. So one can’t really blame Amy G. Dala for raising her voice about those things. After all, survival is her super power.

My phobia isn’t the kind people can really understand, however. It’s nothing as easy as a fear of heights (which I’m also not too crazy about). What I’m fearful of actually can’t kill me, unless I get disgusted to death which, I suppose, could happen.  I just get completely grossed out, my skin crawls, and I get lots of other really unpleasant visceral responses to a specific insect, the name of which I will not be typing due to my avoidance.

I’ll give you some easy hints: These are butt-ugly, disgusting, filthy, sometimes very big, have (shudder) long antennae, come out at night like monsters, are ubiquitous in the south and other hot places. Some of them fly. (Oh. My. God.) If you have one, you have a lot of them because they travel in giant herds. I can hardly bear to think about it. One time, in Nevada, I saw one that was easily 6 inches long. I kid you not. That’s right. Now you know what I’m talking about. I need to take a break from even writing this. Let me look at a picture of bug cuteness to bring my anxiety under control. Adorable! I love them.

I am so not afraid of these really cute bugs.

This is the kind of phobia that other people get irritated about. Phobias are annoying to almost everyone because sometimes they really don’t make much sense.  People will say things like, “Oh, Melissa. It’s just a bug! It’s not going to hurt you.”.  Those people should be extremely glad that I am A) generally non-violent  B) have never owned a firearm. FYI: “It’s not going to hurt you.” are words you should never say to someone who is in the midst of a phobic panic. This comes under the heading of using logic when Amy G. Dala is in charge.  You won’t be prepared for the level of rage that will erupt if those words are spoken. Besides, if that helped, don’t you think that person would have gotten over it? Sheesh. Don’t get me started.

I have had many bad experiences with these insects. Many. I’ve had bad experiences in Texas, Louisiana, New York, Indiana, Nevada, Mississippi… OK that’s all I can think of. But trust me! They were REALLY BAD. I could give you nightmares just telling you of them. How long have I had this phobia, you ask, assessing my level of sanity? As long as I can remember. I cannot remember a time when I could tolerate being around them. I have no idea what may have caused it, if anything. I mean, phobias are not always associated with real life events. They are not necessarily trauma induced. For example, lots of people are afraid of elevators, even though they have never been stuck in one and probably never will.

This spider is so adorable I would actually pet him and let him sit on my hand.

Incidentally, I am not afraid of other bugs. I am not afraid of spiders. I am not afraid of scorpions. I find them disgusting to look at and I certainly would never willingly pet one, but I do not get the same visceral response to them. I am not afraid of snakes, either, and I find almost all of the higher vertebrates to be charming. These bugs, however, are God’s way of reminding us that he also created evil. And it crawls among us. And multiplies. And I swear before you right now that if one ever gets on my beloved boat, I will abandon ship immediately until it, and any brethren it may have, are obliterated and sent straight to hell, from whence they came. This I do solemnly swear.

Distraction is a good way to calm Amy G. Dala down. So I’m posting photos of lovely bugs.

Want to hear one of my horror stories? Okay, here goes. I’m just going to be brace here. One time, in college,  my friends and I decided to explore the steam tunnels underneath the college. They were really cool in a steampunk-ish kind of way. Except for there were literally thousands of these creatures on all the surfaces. I still remember how it felt for them to crunch under my feet. (And now, just writing that, I have to get up and walk around and assure myself that there’s nothing under my feet here in my house.) This was a terrifying experience, and also gave me feelings of disgust that were just off the chart,  but no one was terrified or disgusted except me. I walked behind my then-boyfriend, using his body as a living shield hoping none of them would touch me.

He, of course, could not understand why I was in a panic to get out, tried to use his logic about the situation (stupid, stupid boy) and kind of laughed at me.He’s lucky he lived to tell about it.  (Yeah, I should have broken it off with him then and there. Reference the rage referred to above. Oh the errors of youth.)  As I recall, I finally escaped up out of the tunnels through a manhole cover in the middle of the street, trying to keep from touching the sides of the hole in case there were any lurking there. I’m not sure how long it took for me to feel clean again or to get a good night’s sleep after that. Probably I threw those clothes away.  (Mom, if you read this, well, there are lots of things about college you probably don’t want to know.)

Those tunnels were something like this. Now use your imagination.

In my formative adolescent years and early adulthood, I lost countless nights of sleep because I lived in places where I knew they would come creeping out at night. Like Louisiana, a place I have no desire to visit ever again, regardless of how lovely some places are there.  I knew they would get on my clothes; they would walk across my windowsill.  I was fearful of getting out of my bed to go to the bathroom. Those were some long nights. 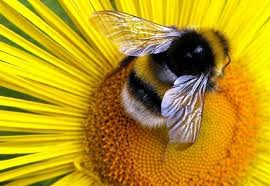 Back to cute bugs that I like a lot.

So what’s a person with a full blown phobia to do? Sometimes these things really interfere with the kind of life you long to lead. I have had clients who have literally never been to Gig Harbor or beyond because they are too afraid to drive across a bridge. That’s a rough one! Imagine the beauty you would miss if were afraid to snorkel.

Personally, I have avoided traveling in countries where I might see them.  When we were planning a trip to Australia, I didn’t want my phobia to ruin our family trip (because everyone knows they hang out on every street corner in Australia, right?). So I decided to get treatment for the phobia through another therapist. She used EMDR (Eye Movement Desensitization Reprocessing) to help me deal with it, and that helped a great deal. Actually, it’s probably the lingering effects of that therapy that allow me to even write this post and try to be amusing because in real life, it’s not very funny and if you were to laugh at me you could literally die from the rage death rays that would come out of my eyes. The therapy really did make a huge difference and if you have any kind of phobia, I encourage you to find someone who practices EMDR (Eye Movement Desensitization Reprocessing). I survived the trip to Australia and had a really great time, even if I was still a little overly ‘interested’ in anything I might see crawling on the floor.

See that’s the thing about a phobia like this. There is always this heightened sense of awareness, like a person has special antennae of their own that are meant to seek out and locate anything that even MIGHT look similar to the feared object. See a cigar butt on the ground? Better look to be sure that’s all it is. Is that a moth on the wall at night? Are you SURE? I mean, it’s kind of oblong and brown, so better check. Did something move out of the corner of your eye while dining at a restaurant? Be sure to stare hard at that place to see that it’s actually nothing. Public bathrooms are the very worst. Even here in Washington State, if I see something on a bathroom floor that is fairly oblong and brown, I’m going to make sure it’s not a bug.

Obviously, I’m much better with this than I used to be.  And I already know how silly it is, so don’t bother to remind me. (Remember: death rays).  But I am already planning my approach to traveling in places where I know these insects lurk, just waiting to infest my beautiful boat and make me insane and get me eaten by sharks due to diving in without checking. Here’s my plan:

No marinas (hey, that’s a win/win for lots of reasons). Also less likely to get rats if no marinas.
Don’t anchor too close to the land when possible.
No cardboard on board.
Rinse all produce in the sea before bringing it on board.
Catch a couple of geckos and let them live aboard.
Hang sign on boat: Beware! Geckos!

Phobias are a real thing. Do you have one? I’d be surprised if lots of readers didn’t have phobias. What scares you like this, even if you don’t get super human jumping skills from it?

Tonight, I will think of this bug. This is the bug that will be in my mind.