When it was time to leave Clayoquot Sound and turn towards home, Mike and I were both a bit sad that the trip was coming to an end. We had found a good groove aboard Galapagos. Life was simple on the boat.  We were not quite ready to get back into the fast life of suburbia and jobs. So we decided to do an overnight passage into the Strait of Juan de Fuca and hightail it to the Gulf Islands of the Salish Sea to spend a couple of days soaking in the vibe of that area before the long trek home. I’m so glad we did. 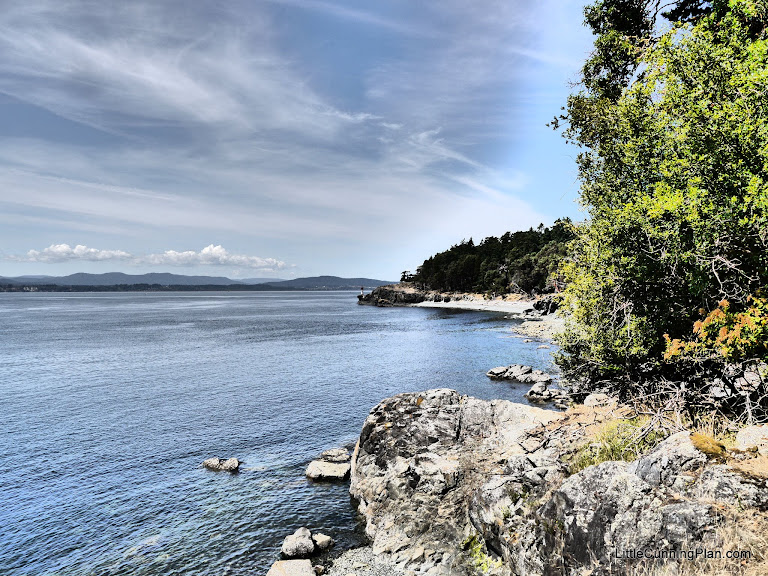 With Vancouver Island in the background.

We chose to anchor at D’arcy Island, well poised to cross the strait back to Washington. We love D’arcy Island and always wonder why it is never crowded like, say, Portland Island (which we also love). Perhaps it has something to do with one of the popular cruising guides saying there are not “good anchorages” there. The implication is that you can do a brief stopover in good weather, but don’t expect to stay long.  We beg to differ, at least in the summer when we’re likely to be traveling.  We have anchored at D’arcy Island every year for many years now and we never grow tired of it. I suppose if your definition of “good anchorage” is that it is surrounded by land on all but one side, you will not like anchoring there. But we anchor between D’arcy Island and Sidney Island in about 20 feet of water, in good holding, and we’ve always been happy. If the wind is out of the northeast, it may get a little choppy but it would have to be a good blow for there to be a problem. You can anchor well away from the shore and still be in less than 30 feet of water. We’re happy with that.

So what is our definition of a ‘good anchorage’? We like it to not be crowded with other boats. We like an area to go ashore and explore. We like to watch wildlife and we love beautiful scenery. I don’t think we are different from most other cruisers in that respect. This island has all that and interesting history as well. Maybe it is this history that keeps other boaters away. Fine by me. 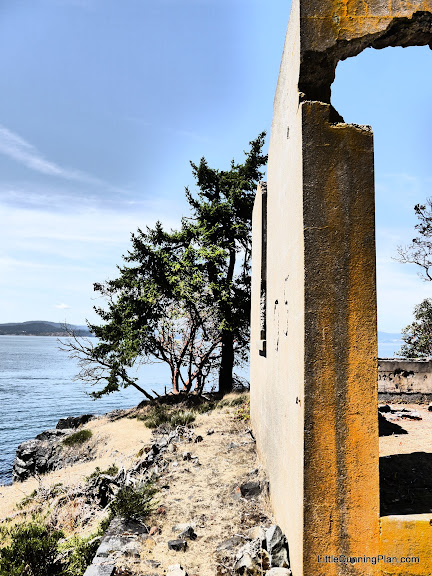 In 1891 the city of Victoria established D’arcy Island as where they would send their Chinese lepers to live in isolation from the rest of the world. The fact that the lepers happened to be Chinese may have made that decision easier for the general public to tolerate, as is evidenced by the fact that there was another facilty for ‘white’ lepers in another part of Canada. In that facility there was medical care and the patients were cared for by nuns. Only Chinese lepers were sent to D’arcy Island. The people forced to leave family and community lived without outside contact except for a supply ship that came every three months. The conditions are described as deplorable until 1906, when the government passed the Leprosy Act. This heralded the beginning of this being a medical treatment facility, which must have been some kind of improvement. (Here’s another interesting article about the island’s history.)

With this kind of tragic history, is it any wonder that some people have experienced this island to be haunted? People have reported being overwhelmed with feelings of isolation, fear, and loneliness. So naturally I wanted to see if I could feel those things; if I could somehow be in contact with the spirits of the island’s lepers. I’m just crazy that way. I might be afraid of docking the boat, but I’m not afraid of ghosts pretty much. Having been to D’arcy Island many times, I had never felt those things and I’m known to be ‘sensitive’ to the feelings of places. I needed to go for a walk by myself to see if I could commune with these tortured souls. I set out in the dinghy and rowed to shore. 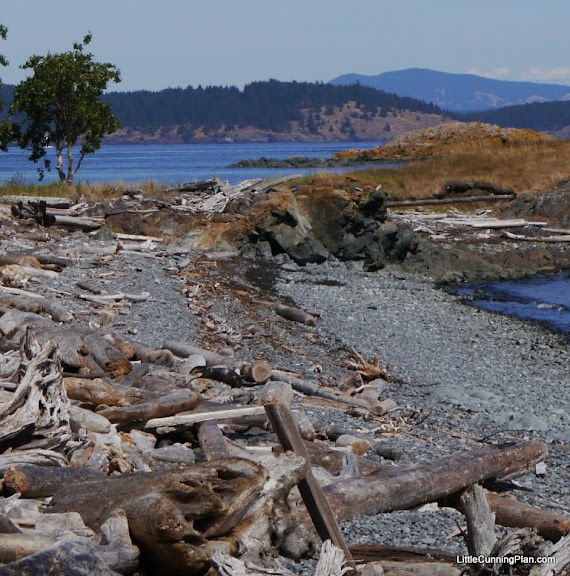 D’arcy Island has a trail that allegedly goes all the way around the island, but it is only half-heartedly marked with plastic tape attached to small trees and branches. Considering there are many deer trails as well, be aware that you are likely to get off the trail easily. If you are not okay with making your own way through the woods and dense patches of tall salal, don’t bother to walk too far. I took off at a brisk pace, enjoying the stretch of a nice stride for once. Leaves rustled, birds called to each other. I felt peaceful and good.

Coming around the corner at the southwest edge I startled three large otters hunting in the swells. We observed each other momentarily as we both got our bearings and recovered from the little surprise. I watched them for awhile then continued on, feeling lucky to have seen them so close up. Otters are shy of people and do not like to have their photo taken. I continued on around the south edge, climbing on the lovely warm rocks, feeling the familiar crunch of dried moss and lichens under my feet, wondering what it would be like to live in such a rich place, looking out at the strait hoping for whales, as always. 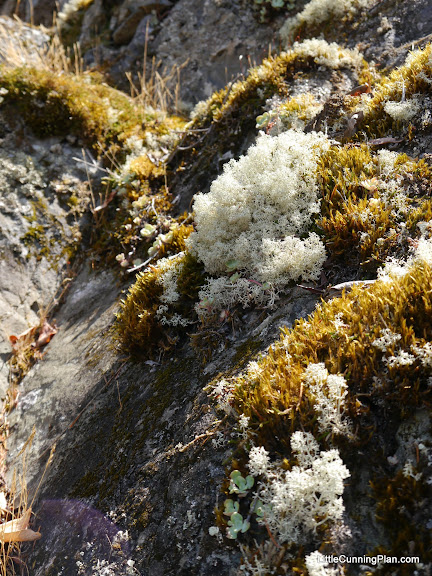 I was considering hiking around the entire island because I had not yet felt the loneliness and isolation that would herald the presence of the spirits of the dead lepers. I was about at the halfway point, and knew that the trail on the other side of the island was dense and not very much fun. I was at the point where I had to make the decision: turn back now or keep going. I needed a sign.

Coming to the top of an outcropping of rock, I looked down into the next bay and saw a small motor boat tied up to the shore. There was one man stumbling along the beach there with a can in his hand. He looked like he may be drunk as he wasn’t exactly walking a straight line.  I would rather tangle with ghosts any day than come across a drunk man on a beach when I’m by myself. My finely tuned sense of female survival alerted me that this was a good enough sign to turn back. Suddenly, I felt very alone. Somehow the existence of this other person, far away on a beach down below, put my own presence here on these rocks in perspective. 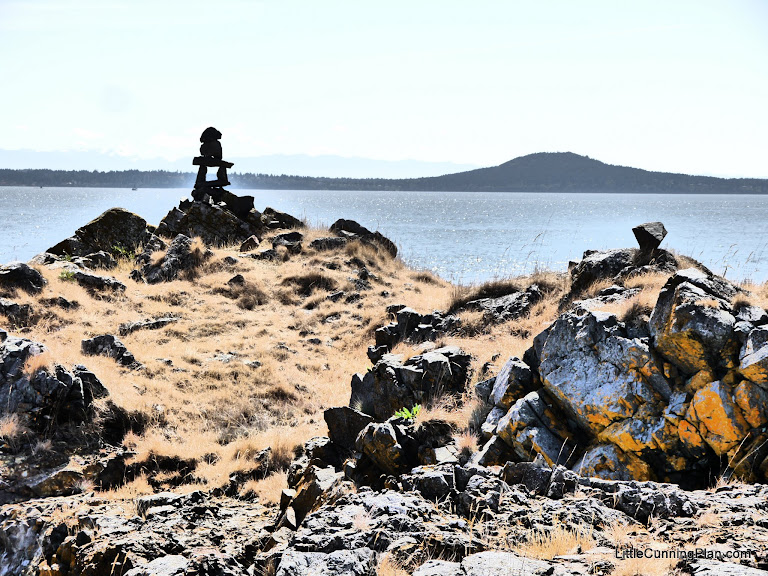 Evidence of nice people who’ve walked the trail before.

I climbed back down the rocks and made good distance; not exactly hurrying, but not exactly taking my time, either, feeling the vulnerability of being alone in an isolated place with no way to communicate with Mike. (My cell phone was left safely on the boat, so as to not interfere with my experience.) Was this my own loneliness I was feeling? Or something else entirely? I needed to concentrate.

I stopped to listen more closely, closing my eyes, tuning in, as it were, to what was present in that moment.  And then I knew. Yes, the ghosts were there. I could hear/feel them. But I was not overcome with the feelings of abandonment and fear that other people have reported to feel.  I was surprised to find that the spirits were comforting me. Attracted to me by my own feelings of isolation and awareness of being very alone, their messages were clear: “We are here. We are with you in this place. This place is good. You are not alone. You are safe. We will stay with you.”

I stood gobsmacked, struck dumb and grateful in one part of my being; the familiar presence of my own internal skeptic and critic standing with hands on hips in the other part of my being. Was this real? Was I making this up?  Feelings of peace and contentment again washed through me, dispelling all fear, extinguishing all worries. My doubts vanished. A two point buck sprang in front of me and disappeared into the brush.  As I walked the trail I opened my heart to the spirits of these people and felt the peace they had come to in their version of the afterlife. There are many reasons why spirits of the dead may choose to hang close to a physical place. Not all of them are dark and scary. 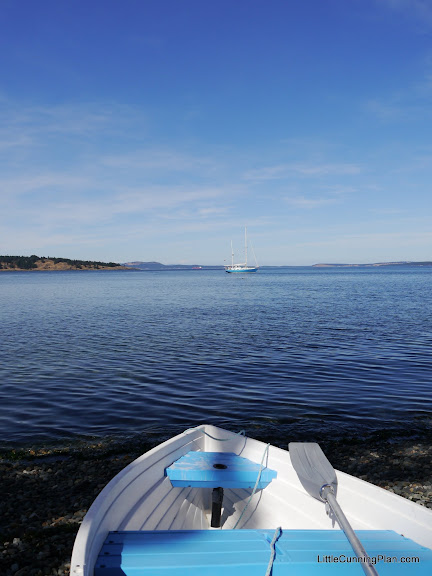 The presence of the lepers of D’arcy Island, 5 of them, by the way,  stayed with me until I reached a campsite where a couple had been camping for a few days. Suddenly, I felt them go. I’m not sure why. Maybe they thought I didn’t need them anymore. Maybe the presence of other human beings and a dog interfered with my ‘reception’ of them. But I would have welcomed their company for awhile longer. I will always love returning to peaceful, beautiful, and yes, haunted, D’arcy Island. I know there are helpful spirits waiting to walk the trail with me. We’ll say hello like old friends. 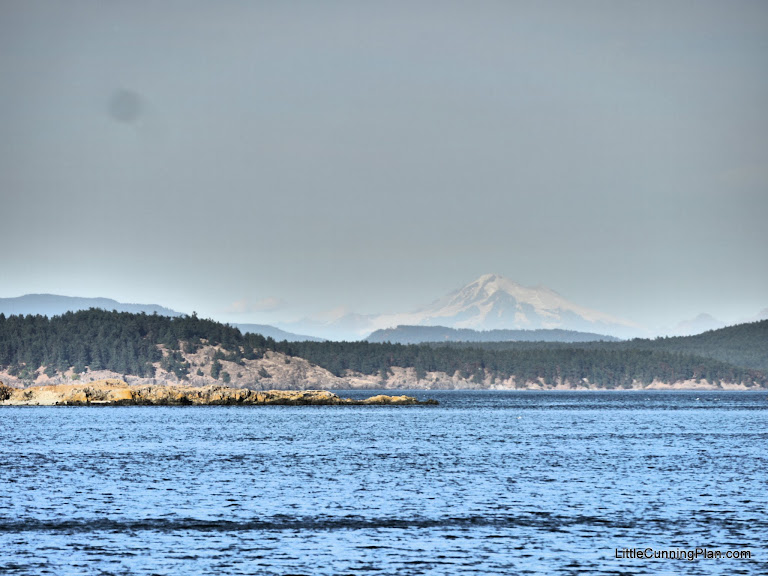 Mt. Baker from our anchorage on D’arcy Island.